Today, I have the pleasure of sharing an interview with the lovely Sarah Beth Durst, where she discusses a bit about her writing and her most recent novel, THE LOST.

QUICK! Describe THE LOST in 7 words or less!

Which came first – the main cast of characters or the story’s concept?

Actually, for THE LOST, it was two ideas merging together: the town and Lauren.

I remember sitting at a traffic light and thinking, "What would happen if I just went straight and didn't stop?" In that question, Lauren was born -- a woman who doesn't turn left the way she's supposed to and instead just keeps driving and driving.

The answer to what happens is that she runs out of gas in the town of Lost, a town full of only lost thing and lost people. Once I combined these two separate ideas, the story was able to grow.

THE LOST is your first adult novel. What was it like to make the switch from middle grade / young adult novels to writing for adults? Any challenges?

Do you have any favorite teaser lines from THE LOST that you can share?

One of my favorite moments is after a six-year-old girl holding a teddy bear and a knife saves Lauren from a hostile mob:

The girl switches direction, pulling me into the alley between the barber shop and a decrepit triple-decker house. She still doesn't speak.

I don't know why I'm trusting her. "Are you helping me, or dragging me someplace private to cut me to pieces and feed me to your teddy bear? Just curious."

The girl looks at me with her wide eyes. "My name is Claire. And my teddy bear is not hungry today."

SCENARIO: You’re on a mission to find something of yours in Lost. What two fictional characters (yours or someone else’s) would you want to help you succeed?

I'd want Peter from THE LOST, since he knows the town so well. (He's the mysterious wild man who helps Lauren. He's a bit like a grown-up Peter Pan who lives in a rundown, twisted kind of Wonderland.) And I'd also want someone very clever, like Sherlock Holmes. (Have you seen BBC's Sherlock? So, so good.) Or better yet, someone with the psychic ability to find things... Or a bloodhound with a really good sniffer.

Failing that, I'd settle for someone with excellent survival skills, like Katniss.

Yes, I love BBC's Sherlock! Excellent choices....Do you ever write any easter eggs or calling cards (signature characteristics, such as a style of writing, a reoccurring theme / name / joke / location / symbol, etc) into your stories?

Not intentionally, but I do know things from my life sneak into my writing. Sometimes I don't even realize it until long after the fact!

I can say that the ring that Lauren finds in the void -- the star sapphire ring -- is based on my mom's engagement ring. It's an opaque blue stone, and when you hold it up to the sunlight, a white star appears in the center. I always thought it was magical.

What are you working on now?

Right now, I am working on a middle-grade novel called THE GIRL WHO COULD NOT DREAM, about a girl whose family owns a secret store where they buy, bottle, and sell dreams, but who can't have any of her own, and the adventure that she and her pet monster go on when someone starts kidnapping dreamers. It's coming from Clarion Books in fall 2015.

My next book out will be CHASING POWER, a YA novel about a girl with telekinesis and a boy who can teleport. It's sort of an Indiana-Jones-style adventure, with teens and magic. It's coming on October 14th from Bloomsbury.

Thanks so much for interviewing me!

And thank you so much for the wonderful interview! I loved THE LOST, so it's nice to get some bonus information about it.

And, because I enjoyed this novel, I want to share it with one of my readers. One winner will receive a finished paperback copy of THE LOST (international, so long as The Book Depository ships to you). Enter using the rafflecopter below. 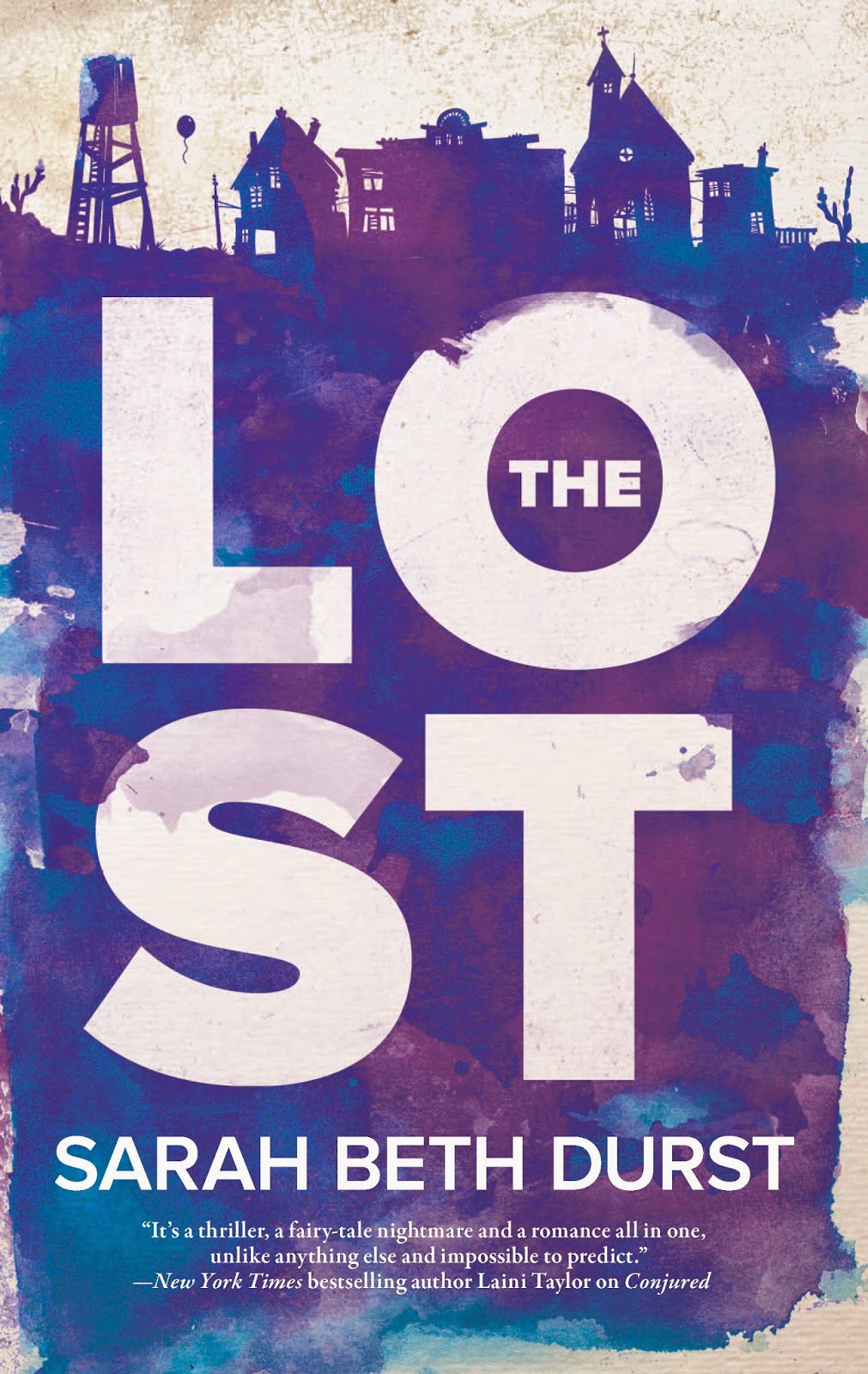 It was only meant to be a brief detour. But then Lauren finds herself trapped in a town called Lost on the edge of a desert, filled with things abandoned, broken and thrown away. And when she tries to escape, impassable dust storms and something unexplainable lead her back to Lost again and again. The residents she meets there tell her she's going to have to figure out just what she's missing--and what she's running from--before she can leave. So now Lauren's on a new search for a purpose and a destiny. And maybe, just maybe, she'll be found...

ADULT NOVELS
THE LOST | THE MISSING | THE FOUND

MIDDLE GRADE NOVELS
INTO THE WILD | OUT OF THE WILD