Lee Strauss (a.k.a. Elle Strauss, the author of the Clockwise series, as well as Seaweed) recently revealed a cover for Perception! 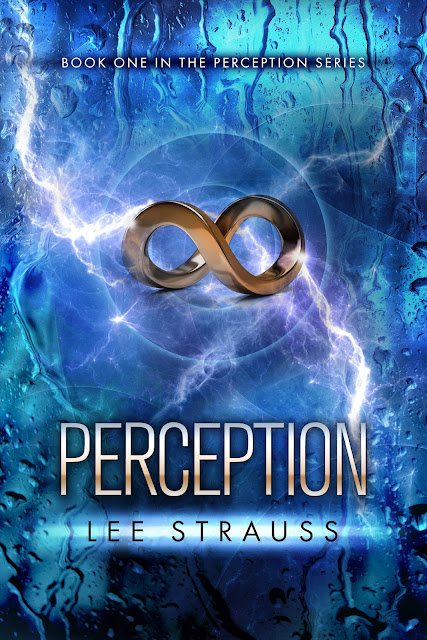 "Seventeen year old Zoe Vanderveen is a GAP—a genetically altered person. She lives in the security of a walled city on prime water-front property along side other equally beautiful people with extended life spans.

Her brother Liam is missing.

Noah Brody is a natural who lives on the outside. He leads protests against the GAPs and detests the widening chasm they’ve created between those who have and those who don’t. He doesn’t like girls like Zoe and he has good reason not to like her specifically.

Zoe’s carefree life takes a traumatic turn.  She’s in trouble and it turns out that Noah, the last guy on earth she should trust, is the only one who can help her."

Such a fascinating cover! What do you think of it?