Highlights / Lowlights: A CREATURE OF MOONLIGHT by Rebecca Hahn 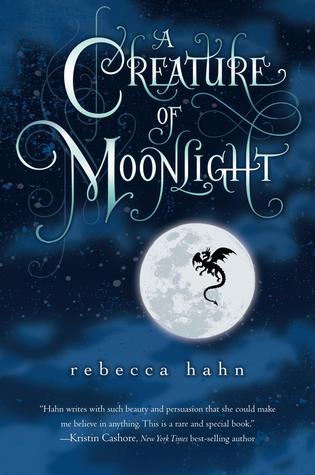 
A stunning debut novel about a girl who is half dragon, half human, and wholly herself.

As the only heir to the throne, Marni should have been surrounded by wealth and privilege, not living in exile-but now the time has come when she must choose between claiming her birthright as princess of a realm whose king wants her dead, and life with the father she has never known: a wild dragon who is sending his magical woods to capture her.

Fans of Bitterblue and Seraphina will be captured by A Creature of Moonlight, with its richly layered storytelling and the powerful choices its strong heroine must make.

Highlights: Magical and creative, A Creature of Moonlight is a quick, captivating story. Marni's the daughter of a dragon and a princess, so her character as a whole is quite fascinating (as are the things she is capable of). The writing style is written in Marni's distinctive voice, which made getting to know her character much easier. Hahn's novel is quite strange at times, and I loved discovering the story one page at a time. The beings in the woods were fascinating, and Marni herself is quite intriguing too.

Lowlights: I  had such high hopes for A Creature of Moonlight, and although it delivered an interesting world it ultimately failed to keep me hooked. The plot meanders, to the point where it detracts from the wonderful potential this book had. The interesting aspects - the dragon, the creatures, the woods - were secondary to court / family / romantic life, which I found a bit disappointing.

Rating: The Great Hall (high 3 out of 5). I wish certain aspects had been developed more, and that the story had been more focused. But, the creativity and uniqueness of A Creature of Moonlight kept me captivated, even if the story proved to be underwhelming.