Highlights / Lowlights: Keeper of the Lost Cities by Shannon Messenger 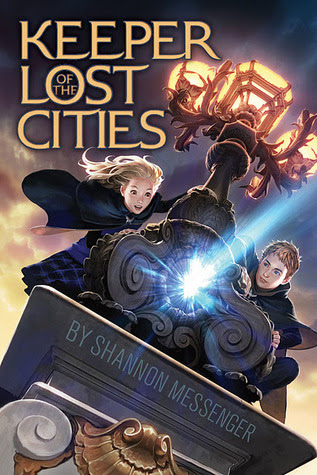 
"Twelve-year-old Sophie Foster has a secret. She’s a Telepath—someone who hears the thoughts of everyone around her. It’s a talent she’s never known how to explain.

Everything changes the day she meets Fitz, a mysterious boy who appears out of nowhere and also reads minds. She discovers there’s a place she does belong, and that staying with her family will place her in grave danger. In the blink of an eye, Sophie is forced to leave behind everything and start a new life in a place that is vastly different from anything she has ever known.

Sophie has new rules to learn and new skills to master, and not everyone is thrilled that she has come “home.” There are secrets buried deep in Sophie’s memory—secrets about who she really is and why she was hidden among humans—that other people desperately want. Would even kill for."


Highlights: The characters are the strongest aspect of this story, as they are utterly charming and memorable (Keefe, I adore you). The settings in KEEPER OF THE LOST CITIES are vivid and enchanting. Plus, there's even a bit of mystery, a dash of thrilling adventures, some fun pranks, a fantastical boarding school that I wish I could attend, and a healthy dose of magical awesomeness. Messenger gives her debut some tiny fresh and creative twists, so nothing is quite what we readers (or even Sophie) would initially expect. KEEPER OF THE LOST CITIES gives readers a glimpse into a fun world and an incredible set of characters that will leave you eager for more.

Lowlights: The title seems a bit misleading. While other characters do mention Keeper's, it's a very small part of this story (and likely a much larger part of future books). I also had a little Harry Potter déjà vu regarding some aspects of the story. That isn't necessarily good because Messenger's writing, while very fun and pleasing to read, is nowhere near JK Rowling status.