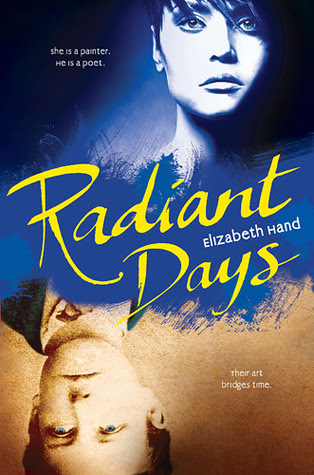 Alternating between Mere's 1st person narrative in the late 1970's and Arthur's 3rd person narrative of the 1870, RADIANT DAYS brings two very unique artists together for brief amounts of time. Time itself is an interesting concept in this story, as each character slides into the other's world with a little help from Ted (who is awesome). Hand's story serves as more than just a glimpse into these characters lives - the deeper and thoughtful aspects make this story worthwhile. But, it almost seems a bit too ambitious for such a short novel. Arthur receives a significant less amount of page-time than Merle did, so it was difficult to get to know his character. In the end, I liked this story and the way the art inside was described, but the overall story  and main characters didn't intrigue me as much as I hoped. 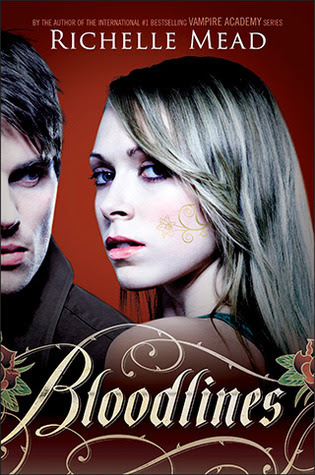 
BLOODLINES offers readers new perspective on the Vampire Academy world, and Sydney Sage's perspective is definitely new. While VA fans got a peek at this Alchemist in previous books, Mead gives readers the opportunity to learn more about Sydney and about the Alchemists in this story. Despite being in trouble with the Alchemists, Sydney manages to find herself on the job: acting as Jill Dragomir's sister in order to protect Jill while she's in hiding, which means VA readers even get to see a few old favorite characters. It was nice to see some of the misfit characters of VA be featured more prominently in this story - like Eddie, Jill and Adrian (I adore you, Adrian). Even Sydney, while standoffish and very literal, grew on me by the end, though I hope to see more development with her character as the series progresses. However, as fun as this story is, the twists are very predictable and the pacing is slow. I have a feeling the sequel will be better, simply because all the set up will be out of the way. Regardless, BLOODLINES is packed with great characters, witty banter, and proves itself to be a fun VA spin-off.