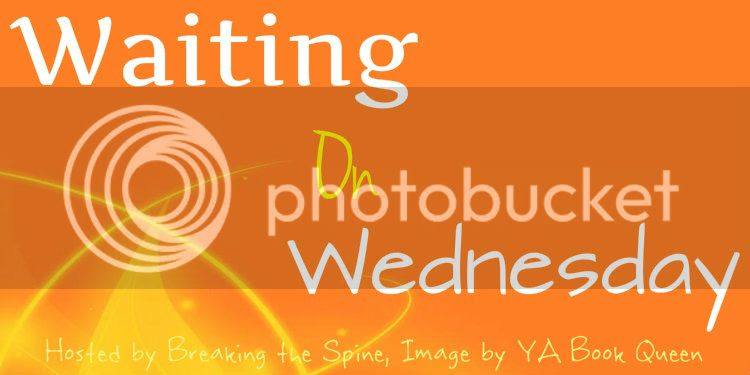 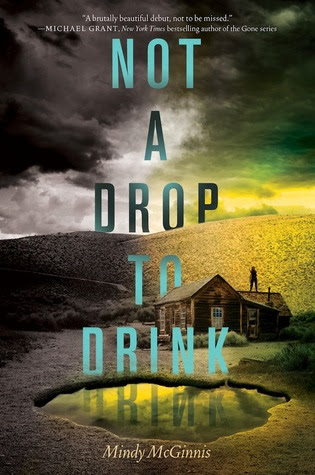 NOT A DROP TO DRINK by Mindy McGinnis
September 10th, 2013

Regret was for people with nothing to defend, people who had no water.


Lynn knows every threat to her pond: drought, a snowless winter, coyotes, and, most importantly, people looking for a drink. She makes sure anyone who comes near the pond leaves thirsty, or doesn't leave at all.


Confident in her own abilities, Lynn has no use for the world beyond the nearby fields and forest. Having a life means dedicating it to survival, and the constant work of gathering wood and water. Having a pond requires the fortitude to protect it, something Mother taught her well during their quiet hours on the rooftop, rifles in hand.


But wisps of smoke on the horizon mean one thing: strangers. The mysterious footprints by the pond, nighttime threats, and gunshots make it all too clear Lynn has exactly what they want, and they won’t stop until they get it….

Love the sound of this book, the cover rocks too. Why can't it be September??? I need this book! 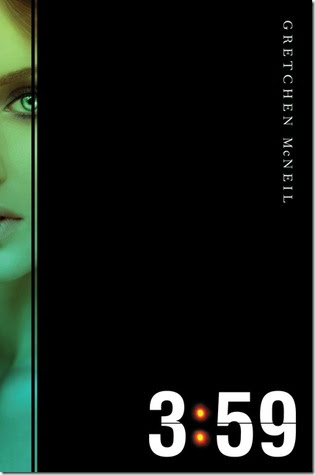 Josie Byrne's life is spiraling out of control. Her parents are divorcing, her boyfriend Nick has grown distant, and her physics teacher has it in for her. When she's betrayed by the two people she trusts most, Josie thinks things can't get worse.


Until she starts having dreams about a girl named Jo. Every night at the same time—3:59 a.m.


Jo's life is everything Josie wants: she's popular, her parents are happily married, and Nick adores her. It all seems real, but they're just dreams, right? Josie thinks so, until she wakes one night to a shadowy image of herself in the bedroom mirror – Jo.


Josie and Jo realize that they are doppelgängers living in parallel universes that overlap every twelve hours at exactly 3:59. Fascinated by Jo's perfect world, Josie jumps at the chance to jump through the portal and switch places for a day.


But Jo’s world is far from perfect. Not only is Nick not Jo's boyfriend, he hates her. Jo's mom is missing, possibly insane. And at night, shadowy creatures feed on human flesh.


By the end of the day, Josie is desperate to return to her own life. But there’s a problem: Jo has sealed the portal, trapping Josie in this dangerous world. Can she figure out a way home before it’s too late?

This one sounds a bit eerie. I like the simple cover, it makes me even more curious about the story.

Looks like September 2013 is going to be a fabulous book month ;)

What are you waiting on this week ?

Labels: 3:59, Gretchen McNeil, Mindy McGinnis, Not a Drop to Drink, waiting on wednesday, wishlist, WOW
Email ThisBlogThis!Share to TwitterShare to FacebookShare to Pinterest