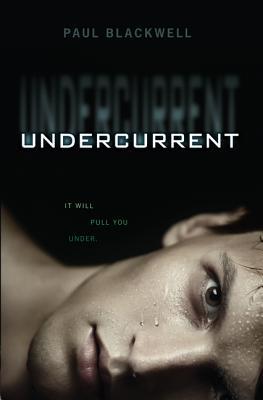 
In this suspenseful teen thriller with a touch of the otherworldly, a boy goes over a waterfall and wakes up to find himself in a twisted version of the life he knew. Why did his best friend try to kill him? Why are his parents acting like he’s a sports star all of a sudden? Worst of all, what happened to his older brother? Filled with mind-bending suspense and unsettling thrills, Undercurrent is a grippingly paced teen debut that will pull you under and never let go.


UNDERCURRENT is a novel that had a lot of potential with such an intriguing, parallel-world concept, but it failed to hit the mark for me. From the beginning, it was shockingly easy to solve one of the larger mysteries of the novel, and Callum could have done so much more to figure out what was happening around him instead of acting like an idiot. The beginning is undeniably intense and intriguing, but the excitement quickly fades away as the predictability and the unimpressive writing style take control of the story. Secondary characters were not fleshed out or present enough, and I found Callum's narration / the writing style to be incredibly unimpressive. Yet, this is still a fast-paced story that I am sure some readers will find enjoyable.

I would give this story The Dungeons rating (2.5 out of 5).  UNDERCURRENT had potential, but it was not the story for me. I like elements of this story enough not to exile it from the Queendom, but I'm quite annoyed with it, too. So, this story will spend some time in the dungeons, but I'll release (donate) it after a few days. However, I would still recommend checking out UNDERCURRENT if it captures your interest. While this book was not my cup of tea, it may be the perfect story for you.