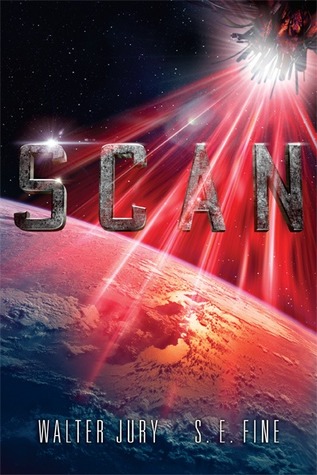 
Tate and his father don’t exactly get along. As Tate sees it, his father has unreasonably high expectations for Tate to be the best—at everything. Tate finally learns what he’s being prepared for when he steals one of his dad’s odd tech inventions and mercenaries ambush the school, killing his father in the process and sending Tate on the run from aliens who look just like humans.

Even with all he knows like how to defend himself with useful tools made out of bubblegum, Tate fears he’s still inadequate. With the help of his girlfriend and estranged mother, all Tate can really do is keep moving and ensure his father’s invention stays out of the hands of his pursuers and that his father didn’t die in vain. A riveting, fast-paced adventure, Scan is a clever alien thriller with muscle and heart.


This sounds like it could be a fun and exciting story! I'm always interested in more YA sci-fi.