SYNC (Week 7): Free audiobooks of THE PECULIAR and OLIVER TWIST! 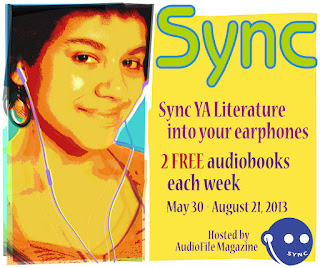 THE PECULIAR by Stefan Bachman
Narrated by Peter Altschuler

In the faery slums of Bath, Bartholomew Kettle and his sister Hettie live by these words. Bartholomew and Hettie are changelings—Peculiars—and neither faeries nor humans want anything to do with them.

One day a mysterious lady in a plum-colored dress comes gliding down Old Crow Alley. Bartholomew watches her through his window. Who is she? What does she want? And when Bartholomew witnesses the lady whisking away, in a whirling ring of feathers, the boy who lives across the alley—Bartholomew forgets the rules and gets himself noticed.

First he’s noticed by the lady in plum herself, then by something darkly magical and mysterious, by Jack Box and the Raggedy Man, by the powerful Mr. Lickerish . . . and by Arthur Jelliby, a young man trying to slip through the world unnoticed, too, and who, against all odds, offers Bartholomew friendship and a way to belong.

One of Charles Dickens’s most popular novels, Oliver Twist is the story of a young orphan who dares to say, “Please, sir, I want some more.” After escaping from the dark and dismal workhouse where he was born, Oliver finds himself on the mean streets of Victorian-era London and is unwittingly recruited into a scabrous gang of scheming urchins. In this band of petty thieves, Oliver encounters the extraordinary and vibrant characters who have captured audiences’ imaginations for more than 150 years: the loathsome Fagin, the beautiful and tragic Nancy, the crafty Artful Dodger, and the terrifying Bill Sikes, perhaps one of the greatest villains of all time.

Rife with Dickens’s disturbing descriptions of street life, the novel is buoyed by the purity of the orphan Oliver. Though he is treated with cruelty and surrounded by coarseness for most of his life, his pious innocence leads him at last to salvation—and the shocking discovery of his true identity.

Info and images from www.audiobooksync.com