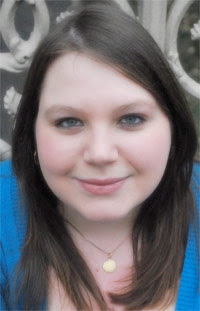 So what is All Unquiet Things about?
All Unquiet Things is a story about two teens who try to solve their friend's murder, even though someone has already been convicted of the crime and sent to prison.
Who are your main characters, and what makes them unique?
I basically have three main characters.
The first one is Carly, the dead girl. It might seem silly to list a dead character first on a list of main characters, but she really is the sun around which the whole book revolves. She shows up in flashback, so you get a pretty good sense of who she is and how difficult she made things for everyone, but also why everyone loved her so much.
Neily is Carly's ex-boyfriend (Neily is short for Neiland, which is his mother's maiden name, although I never actually mention that in the book, I don't think). He's sort of a loner, and he feels like he doesn't belong, which, don't we all? He's hung up about Carly and miserable, but he's also loyal and good, so while he can seem sharp and asocial, it's really just a front to protect himself against more pain (you'll see why).
Audrey is the final main character. She's got a horrible family life and she's desperate for some kind of connection, but while she used to be popular, she's fallen from grace since her father was put in jail for Carly's murder. She has something to prove, and she doesn't believe her father's guilty, so she's very focused on clearing his name. But she's not entirely distanced from her old life, which presents a problem when she tries to get Neily to help her solve Carly's murder. 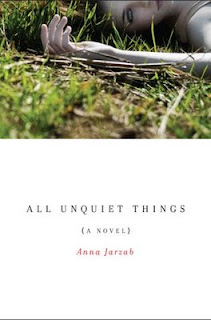 Where did the inspiration to write this novel come from?
I don't really know. It's evolved so much from where it started, it's not even remotely the same book--the only thing that hasn't changed from beginning to end is Neily, so I guess the story has always sprung from him and revolves around him. Even though Audrey narrates about 40% of the book, I always think of it as Neily's book.
What's the biggest mystery you've ever solved?
Ha ha, this one! Seriously, it took me forever to puzzle out who it is, and even know, knowing what I know, there's a second possible solution other than the one I went with--a couple of my friends have said to me, "I thought it could be so-and-so," and I wonder how long it will take for me to get an email about that once people start reading it.
Are you working on anything new right now?
I'm working on two things, actually. One is what I like to call a quasi-post-apocalyptic pseudo-mystery, and the other is a book about two sisters being forced to reconnect after the older one's long absence has divided them. It's proving to be unproductive to work on them simultaneously, but I just can't pick one.
Anything else you'd like to add?
Just thank you to you for hosting me for this interview! I really appreciate all the support and interest. I'm excited for January and for everybody to read this book.
Thank you so much, Anna, for the fantastic interview! I'm definitely excited for the release too! I'll be posting my review of All Unquiet Things soon, and I cannot wait to share my thoughts on it!
Make sure to check out Anna's website! She's got hidden content about All Unquiet Things *hidden* all over her site! (hint: click the matryoshki dolls!)