WOW is hosted by Jill of Breaking the Spine 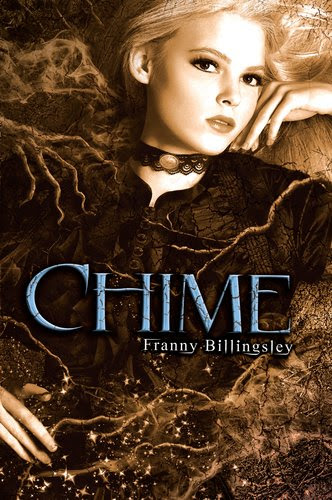 
Before Briony's stepmother died, she made sure Briony blamed herself for all the family's hardships. Now Briony has worn her guilt for so long it's become a second skin. She often escapes to the swamp, where she tells stories to the Old Ones, the spirits who haunt the marshes. But only witches can see the Old Ones, and in her village, witches are sentenced to death. Briony lives in fear her secret will be found out, even as she believes she deserves the worst kind of punishment.

Then Eldric comes along with his golden lion eyes and mane of tawny hair. He's as natural as the sun, and treats her as if she's extraordinary. And everything starts to change. As many secrets as Briony has been holding, there are secrets even she doesn't know.

When a virus makes everyone over the age of eighteen infertile, would-be parents are forced to pay teen girls to conceive and give birth to their children, making teens the most prized members of society.<

Sixteen-year-old identical twins Melody and Harmony were separated at birth and had never met until the day Harmony shows up on Melody’s doorstep. Until now, the twins have followed completely opposite paths. Melody has scored an enviable conception contract with a couple called the Jaydens. While they are searching for the perfect partner for Melody to bump with, she is fighting her attraction to her best friend Zen, who is way too short for the job.


Harmony has spent her whole life in religious Goodside, preparing to be a wife and mother. She believes her calling is to bring Melody back to Goodside and convince her that “pregging” for profit is a sin. But Harmony has secrets of her own that she is running from.


When Melody is finally matched with the world-famous, genetically flawless Jondoe, both girls’ lives are changed forever. A case of mistaken identity takes them on a journey neither could have ever imagined, one that makes Melody and Harmony realize they have so much more than just DNA in common.

Again with the awesome summary -- 2011 is shaping up to be an awesome book year!
What are you waiting on?